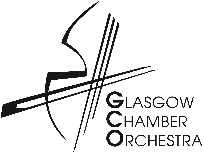 Home About Us Concerts Gallery Members Join Us Support Us

I was fortunate to have several years in RSAMD Junior Department before moving on to full time study there.  I loved every minute and every single subject as a full timer but my favourite was Harmony & Counterpoint.  Post grad teacher training followed at Moray House. My fearless cycling in and around Edinburgh led to many a near miss especially when the city’s iconic double decker buses were involved. No cycle lanes or helmets then.  Many years of Local Authority teaching followed – Secondary, Primary, Nursery, Special Needs Education, Saturday Music Centres – it has all been a great adventure.

Very much missing orchestral playing after graduating, my friend Anne Armour arranged for me to audition with Sam Bor for her Orchestra - the GCO!  During all these years the GCO its friendships, music making and adventures have been absolutely central, and still are.

I began piano lessons at the age of 8.  A few years later, for some reason that I don’t remember, (and still can’t understand!) I turned down the opportunity to learn cello. However shortly after that I visited my big sister at West Linton music camp and thought it all looked terrific fun - luckily when I went to secondary school there was a space for me in an after school cello class. As a pupil at the next West Linton music camp, from the first play through of Dvorak Slavonic Dance in D minor, I was hooked on the magic of being part of an orchestra - and am still hooked! 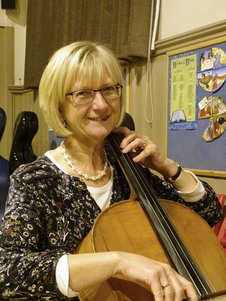 Now, having graduated to retirement, and to the joys of grandparenthood, it is absolutely true that there aren’t enough hours in the day!   For a bit of down time I enjoy escaping with anything involving needle and thread, or paper and inks - while listening to a good audio book. 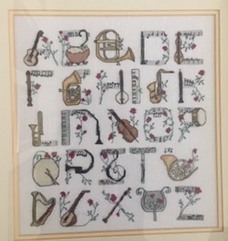 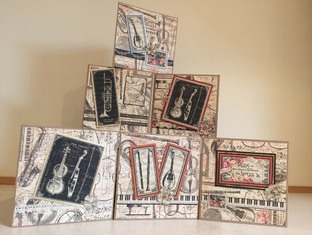 IIn the course of my Aberdeen PhD I spent a year in Munich in order to study at first hand the manuscripts of Christian Cannabich, a Mannheim composer. This could have been a rather solitary existence, so I registered for courses at the Ludwig Maximilian Universität, one of which gave me the opportunity to learn viola da gamba and medieval fiddle – all the more valuable as I was the only student taking that course.

When it came to earning a living, first of all there were almost three years teaching music at Dollar Academy. Then in 1975 I moved to Glasgow to take up a lectureship in the University’s Music Department and met my husband David, a violinist in the University Orchestra and member of the Chemistry Department. During this time, I contributed to the University’s musical activities as performer and conductor of the University Choral Society and Orchestra. A particular conducting highlight was the gala performance in 2001 to celebrate the University’s 550th anniversary: Verdi’s Requiem was performed in the Bute Hall by a large chorus and orchestra comprising students, staff, alumni and a quartet of student singers (including a promising Karen Cargill) from the (then) RSAMD. But also worth mentioning is my very first Choral Society concert as conductor, a performance in 1978 of Haydn’s Paukenmesse, with an orchestra including David in the first violins, Michael Hall on viola, Wendy and Susie in the double reeds, and one double bass player, a certain John Lunn (of Hamish Macbeth, Downton Abbey and Belgravia fame).

From 1976-98 I was a member and latterly Associate Director of the Scottish Early Music Consort, playing baroque cello, viols of all sizes and medieval fiddle. The Consort’s ground-breaking programmes covered a huge range of hitherto unknown repertoire from medieval and renaissance music through to new commissions by Judith Weir and Tan Dun. There were international tours to Europe, the USA and Israel, CD recordings and the opportunity to perform large-scale theatrical works, the most memorable of which was the Mayfest 1990 production of The Feast of the Pheasant, performed in collaboration with French singers and Italian dancers in the Tramway.

Following two stints as Head of Department totalling eight years I was awarded a Leverhulme Research Fellowship in 1998 and began a 10-year research project on the Scottish and Welsh folksong arrangements that Haydn composed for George Thomson. Having published Urtext editions of the songs in two large volumes for the collected edition of Joseph Haydn Werke, I was keen to encourage performance of them and soon found myself involved in a unique concert and recording project with Scottish and Austrian musicians – Lorna Anderson (soprano), Jamie MacDougall (tenor) and Haydn Trio Eisenstadt. Between 2002 and 2009 David and I had the pleasure of making annual visits to Vienna and Eisenstadt for concerts and recordings. By 2008, all of Haydn’s 429 folksong arrangements had been recorded in the Haydnsaal of the Esterhàzy Palace, Eisenstadt, and in January 2009 the first complete recorded edition of the composer’s 429 folksong arrangements (18 CDs of music plus a CD containing essays and song texts on the Brilliant Classics label, 93769) was released to coincide with the bicentenary of Haydn’s death and the 250th anniversary of Robert Burns’s birth.

Aside from our musical activities we both enjoy walking, especially in the Alps where we have done some scenic long-distance walks, going on other holidays from time to time, and visiting our son Alastair (a professional horn player) and Anna, daughter Gillian (a professional cellist with ENO) and Jeremy, and our grandchildren (5 in total), all of whom live in Kent within half an hour of each other.

One for Hazel: On the Sulzleklamm Bridge near Mittenwald

Since retiring I have been able to return to cello playing. I particularly enjoy playing chamber music in quartets and piano trios, that often involve David. Every September for the past 35 years we have been going to Appin for a weekend of chamber music with like-minded friends, now with Tansy and family among them. 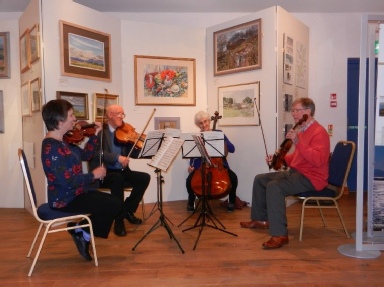 String quartet gig on the Isle of Lismore 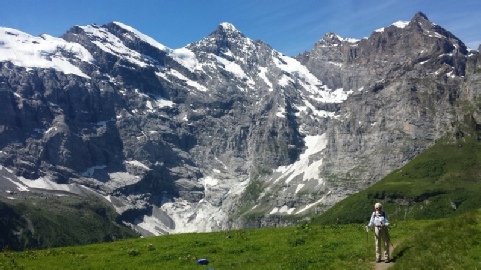 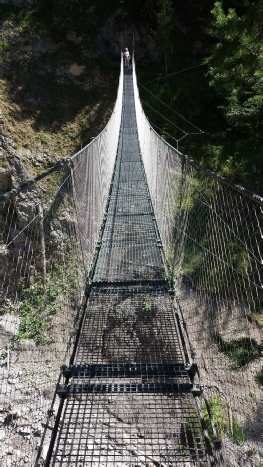 Above Mürren, heading for the Sefinafurgga Pass (2612m)

I joined the cello section of GCO in 2009 following my retirement from the University of Glasgow where I was Professor of Music. I was delighted to meet up with fellow Ayr Academy FPs (Stewart McCreath, Eric Owen and Gill McLean) and former GU Music students (Anne Armour, Mary Hempsey, Wendy Dougan and Morag Greig).

I grew up in a musical family and learned to play piano first of all. The cello came only later – largely because I realised my younger brother, a violinist, was having so much fun playing in orchestras. Leaving school, I went up to St Andrews University to read Modern Languages with the intention of taking an Honours degree in German. Unfortunately, or fortunately as it turned out, the German Professor refused me entry to his Honours class and advised me “to content myself with an Ordinary degree”. I was devastated, but it turned out to be the best thing that could have happened to me. I completed my Ordinary degree and then transferred into the Honours Music class at Aberdeen. 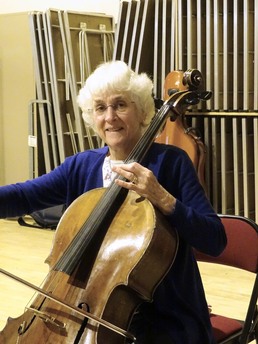